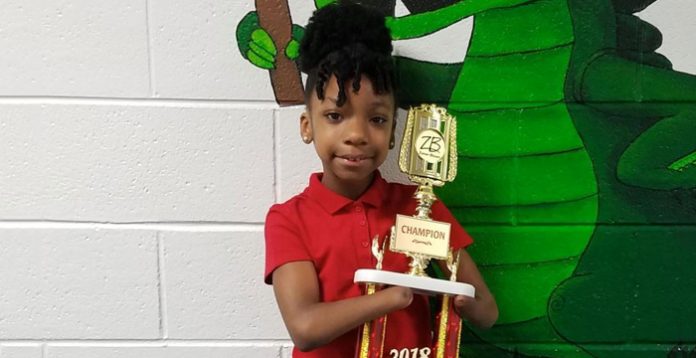 Are you familiar with Anaya Ellick, who was born without hands, and received a Nicholas Maxim Special Award for Excellence in Manuscript Penmanship for her print writing in 2016? Anaya, now nine years old, has received the renowned prize once more, this time for her cursive handwriting.

Bianca Middleton, Anaya’s mother, stated, “I’m proud because it inspires her.” “It’s important for her to realize that hard work pays off.”

Anaya, a third-grade student at Greenbrier Christian Academy in Virginia, writes with her wrists, a technique she learnt from her granny. The prostheses, as her mother says, “Instead of assisting her, began to obstruct her.

They were no longer wanted by (Anaya). She had already begun to learn how to accomplish certain tasks without them.

Without them, she learnt to write and draw.”

Anaya made it her purpose to learn calligraphy in order to enter this year’s contest after getting the award for her print writing. Tracy Cox, one of her school’s principals, stated, “Anaya is unafraid to take risks in order to achieve her objectives.

She is a diligent worker with some of the class’s best penmanship. Her perseverance inspires and motivates everyone at Greenbrier Christian Academy.” It’s motivating for all of us! Anaya, congrats on your second victory!