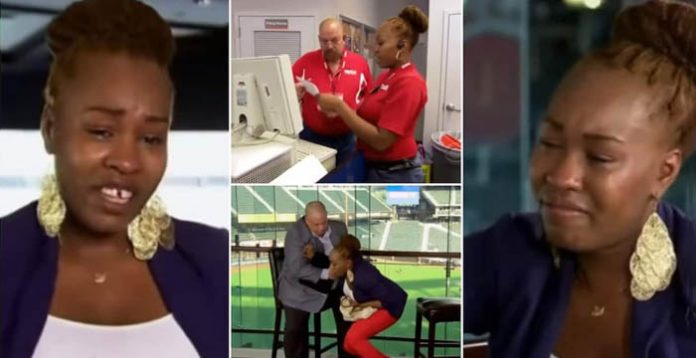 A woman named Angel shared her story on how become pr-egnant and lost her previous job as a restaurant manager. Currently, the woman is working at a sporting shop and one day she discloses her difficulties in life to a new worker. Based on the Goal Cast Reports, she and her children have been living in a shelter, and before getting to that place they used to sleep at bus stops.

But, the woman didn’t know that she was being filmed while she was narrating her story and the new worker was helping with that. To her surprise, the person with whom she has been sharing her secret turned out to be her boss. He had created a perfect disguise by shaving his head and faking a bushy mustache.

Later the CEO decided to present the woman with the biggest surprise of her life. An event was organized and the woman thought it was some sort of marketing event for the company but to her surprise, the CEO announced that she has been promoted as an assistant manager and her salary has been raised by $14,000 (R210k). And that was not the end the CEO also gave her a cheque of $250,000 (R3.8 million) to get her a place to live. “I don’t want you living at that homeless shelter again.” He said.

When the woman saw the amount on the cheque, she couldn’t believe her eyes and collapsed immediately. With great joy and surprise, she said, “I will be telling my kids that we are not going to the homeless shelter again, we are going to have our own place to live. They can be kids.”