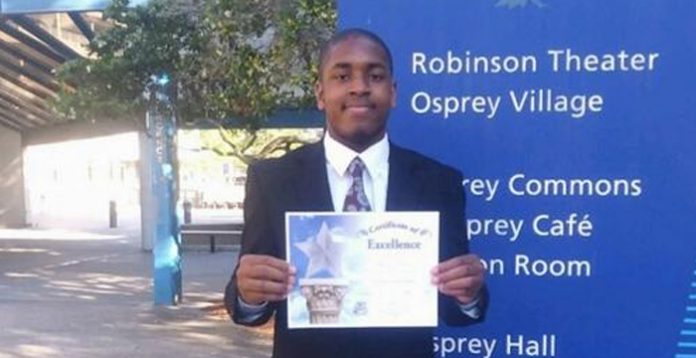 In a heartwarming incident, a teen who spent most of his childhood without a place to stay was named the valedictorian of his school. The best part is that he topped his class with a 4.06 grade point average. Martin Folsom is all set to graduate from A. Philip Randolph Career Academy in Florida. In a video that was released by Good Morning America, Martin is seen telling that it wasn’t all easy.

He is all set to graduate and go to college and said it felt great knowing that everything he did was worth it. Martin has also held other positions like the President of the Florida Public Safety Association. He has also been elected as the class president for the last four years and is a member of the Beyond School Walls Program with the department of law enforcement in Florida. In a conversation with Good Morning America, his principal, Cathy Barnes, said Martin is always willing to help others.

Although he spent his childhood without a home, that never stopped him from following his dreams and working hard. He was also the highest ranking student of the 2020 batch. Martin has enrolled in a criminal justice program at A. Philip Randolph Career Academy wants to become an FBI agent. He recently got a chance to be mentored by an actual FBI agent. He is now all set to attend Valdosta State University in the fall and wants to stay on campus.

Meanwhile, Martin said that he wants people to make use of every opportunity because you never know where it will lead you to. Martin’s story inspires us to give our best and keep going forward and never give up, and we will be able to achieve success.