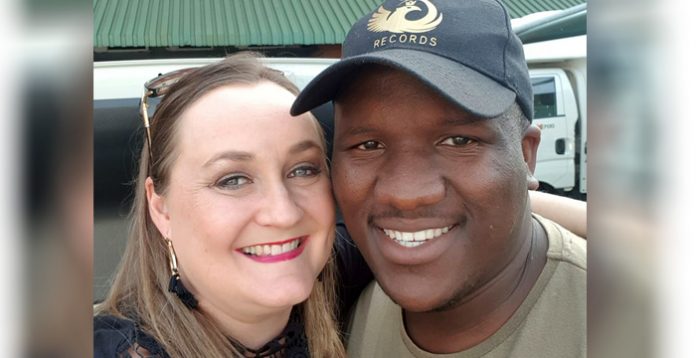 It was primarily out of the need that Menzi Mngoma chose to become an Uber driver. His life’s love, opera, wasn’t paying the bills for the 27-year-old, who had a fiancée, children, and parents to support. He was, however, placing a wager. “To travel internationally, you need to be well-connected,” he told NPR.

Mngoma, who is now living in Durban, South Africa, aspires to be an international musical phenomenon, and he felt that driving Uber would let him meet individuals who may help him further his profession.

Mngoma’s bet ultimately paid off after more than a year. He was transporting a woman from Johannesburg named Kim Davey to Durban for a work trip. “I just felt Menzi was a lovely and wonderful soul from the minute I started conversing with him in the Uber,” Davey adds. Mngoma disclosed that he is an opera singer after they began conversing. Davey requested that he sing, and he did so with multiple arias. Hundreds of thousands of people have viewed the videos she shot of his performance, which highlight his lyric tenor.

And just how gifted is he? Mngoma sang “absolutely properly and with no pressure at the top [of the voice], according to Tim Ashley, opera critic for the Guardian.” Mngoma has risen to semi-stardom as a result of the publicity. Since then, he’s been contacted by radio and television stations all across the nation, as well as auditioned for the Cape Town Opera. He’s even been asked to compete in iPop, an international talent competition in Los Angeles in December, a step closer to his aim of becoming a global superstar.

Mngoma claims he constantly stood out in his homeland of Richards Bay, a beach town near Durban with a high levels of unemployment and poverty levels (while his family wasn’t poor, he claims they weren’t affluent either). While the other guys were playing sports, he’d be cooking, cleaning, or studying sheet music and watching DVDs to learn about other musical genres. He started singing when he “know himself” and switched to opera when he was 14. “It [made] me feel so different from the rest of my age group,” he adds. “The majority of individuals were R&B fans.” Pavarotti was his nickname, after the famous Italian tenor.

It’s natural, then, that Mngoma’s favourite aria is from Verdi’s La Traviata, which Pavarotti and many other tenors have recorded. His music professors were thrilled when he first played it in high school, he recalls. “They were amazed for a very young man like me in grade 8 — I can go to every range, I can speak the Italian the way I did,” he adds. Mngoma claims he’s always put forth a lot of effort when it comes to singing, perhaps to an unhealthy degree. He claims he missed a term in high school due to his habit of slipping away from class to sing. He has both self-taught and received instruction. He claims to practise for roughly two hours four times a week.

Mngoma relocated to Durban in 2011 after graduating from high school. He performed in choirs and had roles in operas. But his different jobs didn’t pay the bills. He used to teach singing at an elementary school before becoming an Uber driver. Mngoma has yet to be allowed to leave his day job. However, he feels that a full-time career as a performer is not far off. Mngoma just released his debut track, “Feel the Love,” which he describes as “pop-era” – a blend of pop and opera. Davey was flown in from Johannesburg to surprise Mngoma in the studio by East Coast Radio. Hugs were exchanged between the two, who have become good friends. She describes his expression as “incredible.”