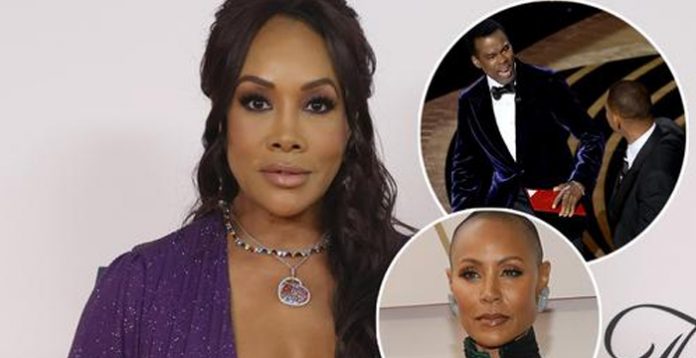 In a recent episode of the Red Table Talk, Jada Pinkett Smith finally addressed the infamous en counter between her husband Will Smith and Chris Rock. Meanwhile, Vivica A. Fox, while hosting the Wendy Williams Show, spoke about how Jada showed no accountability for the incident. The topic of the episode was alopecia, a condition that Jada suffers from.

It was Chris’s G.I Jane joke about Jada that triggered Will, and he ended up smack him.

Jada said that about the Oscar incident, she hopes that both Will and Chris reconcile and heal past their differences. She said that until then, she and Will would continue to do what they have been doing for the past 28 years, which is to figure out life together. While Jada didn’t speak anything more about the issue, it was enough to disappoint Vivica. Meanwhile, Vivica spoke about how she shares a connection with both Will and Jada since she has worked with both of them.

She said that the incident left her sad, although she claims to respect both of them. She said it was difficult to watch his years of hard work crumble down that night. She said that Will winning the Oscar for Best Actor was overshadowed by the unfortunate incident. She said that the video made her emotional and that it would not be easy for her. Will was ban from attending any academy events for the next ten years.

Vivica also said that what happened to Chris was not good either. Vivica also said that Jada showed no accountability as a partner and that she was pretending to act so self righteously on her part. Meanwhile, Vivica’s co-host Carson Kressley cheered her up by talking about fashion, and the audience cracked up too.