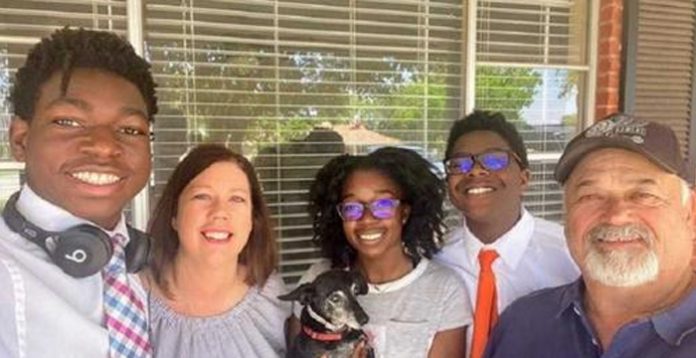 “When my husband and I talked about our future family, we both agreed that we wanted kids and made the decision to try for a baby soon after we wedded. We went to the doctor after a year and a half of no positive pregnancy tests. He convinced us that IUI was an alternative for us and that we’d be pregnant in no time.

When the first one failed, we were displeased and a little surprised, but by the seventh failed IUI attempt, we were completely demotivated. We then saw another consultant, who conducted additional tests to determine whether or not we would be good IVF candidates. The news was not good. We could surely try, but she also tenderly suggested that if we really wanted to have children, we should look into surrogacy or adoption.

Because the part I left out was the heartbreak, her words nearly felt like a solace. We’re all familiar with the sad process, but most people are unaware that when a pair grapples with fertility issues, they’re going through grief — the loss of a presumed future. There was refusal at first. There isn’t anything wrong. It will take place. All we have to do now is wait.

Then there was the annoyance. Everyone in our immediate vicinity was having kids. Friends, coworkers, and family members are just a few examples.

Of course, we were delighted for friends, but we were sad for ourselves. Yes, despair could manifest itself in the form of rage and bitterness at times. We went through the motions of life, going to work, coming home to do our chores, and that was the end of it. There was little joy, and we began to feel a growing distance between us. This was not what I had envisioned when my husband and I discussed starting a family.

It made sense to us when the doctors recommended adoption. We could still have a family, but it would be formed in a unique manner. My husband and I both knew about adoption because his stepfather had adopted him and I had an adopted sibling. For us, this was not a complicated concept. We found a local agency and started filling out paperwork. The documentation was a hard to fill out because it asked what you would accept in a child or baby. We felt like we were ‘bad’ people if we said no to anything.

After years of having no authority over whether or not my body would become pregnant, having complete control over what we would accept in a child felt weird. Were we looking for a baby or an older child? Were we okay with using nostrum or drin king while pregnant? Were we willing to work with people who had special needs, and if so, what kind of special needs? Were we hoping for a boy or a girl? Which races and cultures were we willing to consider? So many questions arose that we had never taken into account before.

We said we didn’t really care about the gender at first, but we did want a newborn baby, and we sought a White or Hispanic baby, or a mix of the two because that’s who we were. It was never about love. We could love a child of any age or race, but we had no idea how to teach a child of a particular ethnicity about the world because their perceptions were so different from ours. We also didn’t want to walk into a room and announce, ‘ADOPTIVE FAMILY,’ because we didn’t look alike.

We also contemplated adopting from China, but then something didn’t feel right when we started filling out the documents. We had a gut feeling that our child wasn’t in China. Then, one day, I heard a news report from Haiti that piqued my interest. Haiti? I don’t know much about Haiti. I didn’t find anything, so I started looking into it. Our lives were consumed by Haiti. We gathered all the information we could, and then one day, on a whim, I wrote to an orphanage to inquire about the procedure. They responded to my email and addressed all of my concerns. ‘A sibling group was just brought in yesterday,’ the email said. There’s a boy and a girl.

We began the laborious process of international adoption right away. It would take roughly three years to finish this trek. Meeting our children in a Haitian courtyard while perspiration beaded my brow was not what I had in mind when I fantasised about starting a family with my husband. Nonetheless, I wouldn’t alter a thing.

They were right there. Our youngsters examined us with all 10 fingers and toes and a curious expression on their faces. One of the most memorable moments of our lives was holding them in our arms after so many years of thinking if we would ever truly be parents.