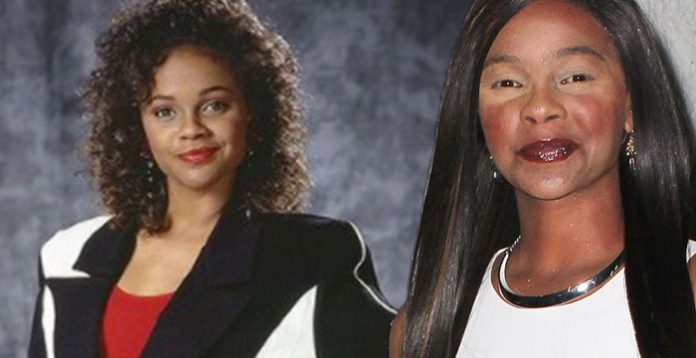 Saved by the Bell was an iconic TV series adored by many. One of the main characters of the series, Lisa Turtle, was played by Hollywood actress Lark Voorhies. Lark became a big star almost overnight, but she then disappeared from the spotlight, and that left many of her fans to wonder if she was doing fine.

Lark was born in 1974 as the only child of Wayne and Tricia Holloway. She auditioned for a commercial at the age of 2 because her mother, Tricia, believed she had an inner talent for acting. However, she was way too little to show what she knew, and her mother decided to wait sometime before Lark auditioned again.

She then made a comeback at the age of 12, in a national TV commercial for Universal Studios’, ‘King Kong.’ She loved performing in front of a camera, and it was the start of a promising career in the film industry. When she turned 14, Lark got a part in an episode of Small Wonder. She then got her breakthrough role of Lisa Turtle in the teen sitcom Good Morning, Miss Bliss which aired on the Disney Channel and was soon taken over by NBC and renamed into what we all recognize as one best 90s sitcoms there are, Saved by the Bell.

A post shared by The Official Lark Voorhies (@reallarkvoorhies)

The show followed the life of a group of teens and was a huge hit. Lark remained part of the show for five seasons until she graduated from High School in Los Angeles. She then went on to be a part of other shows such as Days of our Lives, Family Matters, and In the House, among the rest.

She also guest-starred in Fresh Prince of Bel-Air as Carlton Banks’ love interest. From being one of the most popular actresses during the 90s, Lark suddenly was nowhere to be seen in the limelight.

In 2012, the actress was diagnosed with bipolar disorder after her family and doctors noticed mood swings in her, and the same was even told by her mother who said, “I care deeply about my daughter and I want her to resume her life.” During an appearance on Entertainment Tonight, it became obvious that Lark needed much attention since her mental health was not at its best. Tricia did not have it easy helping her daughter accept her diagnosis.

A few years later, Lark opened up about her life on Dr Oz and told that she felt left out when she wasn’t invited to be part of the reboot of the series which marked her life and career. It was an emotional interview that gained the attention of her fans. After the touching interview, NBC offered Lark to reprise her role of Lisa Turtle in three episodes. After the reprisal, sources say that Lark is now thriving with a successful career in fashion.