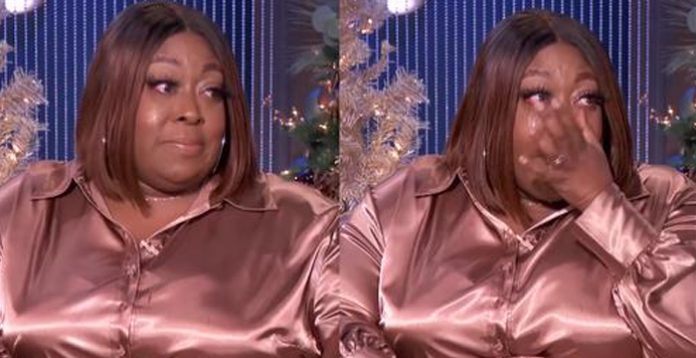 The women of ‘The Real’ have been doing some real talks on one of their latest topics. For one of their segment called ‘Girl Chat,’ they got together to talk about the difficult conversations they have had with themselves. It is not easy to do a self-assessment and come to a realization that some things about you could be very comfortable.

But things got real when comedian and co-host Loni Love spoke about the challenging conversations she had with herself, which included conversations about her looks.

The topic of conversation stemmed from a Forbes article that challenges people to “periodically ask themselves questions that may feel uncomfortable at first, but can ultimately lead to growth.” One by one, each of the co-hosts shared some of the most challenging conversations that they have had with themselves. Garcelle Beauvais revealed that hers stemmed when she moved to Los Angeles to pursue a career in acting. Beauvais was known for her role as Fancy on the Jamie Foxx show. She said that she would go to several auditions and still not get signed in immediately, and that hurt her.

She said that she used to go to the beach to have self-talks with herself, and that is what made her realize that she was loved and passionate about acting and that she wouldn’t let rejections get to her. Former 3LW and Cheetah Girls singer Adrienne Bailon-Houghton said that she had a talk with herself when she was in love with someone who didn’t love her back. Bailon said that at some point, it felt like she was forcing the other person and all this made her realize that she had to first learn to love and appreciate herself before others. Comedian Loni Love got her eyes moist when she spoke about how she often felt why certain people didn’t like her.

Over the years, Loni has been judge for several reasons. One is her relationship with actor James Welsh who is white. People made fun of her interracial relationship, and she asked them to get over it. Loni has also been portrayed as an annoyed black woman for her honest and passionate takes on various topics. She even came to highlights when she congratulated her co-host Jeannie Mai’s ex-husband on his newborn in 2018.

Loni said she never understood why certain people didn’t like her and used to think it was because of her looks. But through mindfulness and meditation, she began to realize that not everyone has to like her and that she has to be okay with it so that she could live a good life. She said that you are not everybody’s cup of tea, and even if you try to be perfect, there will still be many people who dislike you.