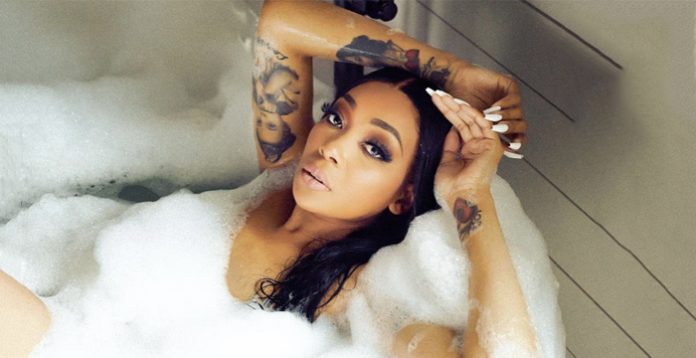 Being ch-eated da-mages you deeply. You feel like maybe you are not enough to be their partner, maybe you didn’t love them as they wanted you to do them. The questions keep haunting you most of the time. Whenever you will remember it you may feel sad, angry, and shattered in hopelessness. However you have to stand still and gather your courage to deal with the da-mage caused to you by your partner.

This kind of deception alone is enough to make a woman angry, and sometimes, that anger can be directed at the wrong person. Well, we all remember when Shirley Brown made that ho-rrible call to Barbara in “Woman To Woman”, but according to Monica, Shirley’s debate is with the wrong person.

Earlier this week, she went live on Instagram and shared how she really feels about “The Other Woman”, and the “So Gone” singer did not bite her tongue. In her live with her friend and musical partner, Tank, Monica described: “While in the past, she was ready to any woman any of her exes had been unfaithful with, now she thinks that way of thinking was crazy.”

According to Monica, “it was never up to Barbara, Shirley, or any other woman to keep a man in check and it’s really not up to you either. A man’s job is to protect and provide for his household and by committing infidelity, he’s really failing in both departments.”

Monica said, “instead of running up on the other woman, it may be time to re-evaluate your relationship standards.” She further continued to say that it’s significant to remember that a man’s ch-eating is never a consideration of how he thinks about you, however, more about how he thinks about himself.