Willow Smith Revealed It Took Years To Forgive Her Dad For How He Handled Her Early Fame. Willow Smith Plunged Into A Black Hole & Start Cutting Herself. – Video 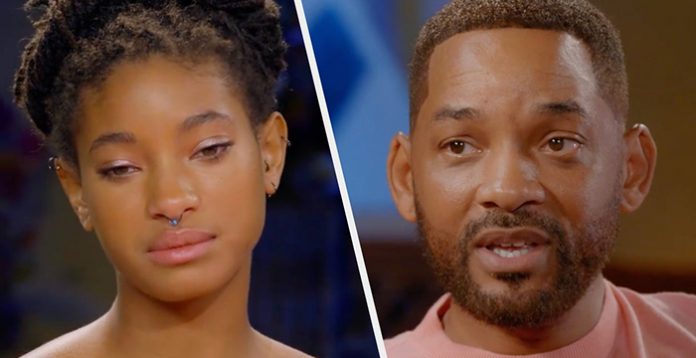 During a recent episode of Red Table Talk Will Smith and Jada Pinkett Smith’s Daughter Willow Smith admitted that there was a point when she just couldn’t put up with her parents.

In the episode, Jada was seen asking her daughter who she needed to forgive, and that’s when Willow admitted that she had to forgive her parents for being hard on her in the initial years of her fame. The episode also had Willow’s grandmother and uncle in it.

Willow said that it took her a few years to regain the trust she had in her parents because she felt like they never understood her.

Willow had also spoken about the same in a previous episode where she told her mother that she and Will had to take things much easier and also spoke about an incident where Will shaved her head off.

Her grandmother added on to it by saying that the most difficult thing is to forgive yourself and how one needs to be kind, and Jada agreed to it smiling.